A few weeks ago my friend and mega promoter Robyn Spizman Gerson more than gently encouraged me to spend a fun and different Saturday night out to hear the “Jewishy singer and comedian” Nancy Gaddy. And predictably true to her word, Robyn was right on. Gaddy was talented on all fronts. The Passover-themed show was replete with humorous tunes and family memories like: “Will my chametz be P or K?”

As impressive as her gags is the ability to deliver sentimental and show-stopping tunes. The back-up trio of musicians were top notch. We pretended we were at a New York cabaret.

Her old standards included: “Big Spender,” “Sunny Side of the Street,” “I Won’t Dance,” “If they Could See Me Now,” “The Way You Look Tonight,” and “I Can’t Give You Anything but Love”

Some of the lyrics were changed to make room for her humor to the tune of: “A Few of my Unfavorite Things: Joints ache, hips break, does Medicare pay for raging?”

Much of the routine is lovingly self-deprecating: Zaftig in middle age, sex among seniors, finding a “normal,” eligible man, and working out at the gym (or not).” Don’t be fooled by the comedy, Nancy can really deliver musically.

Hear what Gaddy says about the re-launch of her career and the heart of her humor:

Jaffe: Much of your show relates to your Jewish upbringing. From what does that stem? Do you look at it with fondness or Jewish angst?

Gaddy: I come from a large, loud, lively and loving family. I had a lot of great aunts and uncles, all from Eastern Europe. Most spoke little, or broken, English and everyone spoke Yiddish. Always a lot of cooking and eating, lots of massive family dinners and gatherings, and going on trips with huge entourages of cousins and “mishpocha.” I look at it all with fondness.  Luckily, I didn’t inherit the Woody Allen/Larry David Jewish angst gene.

Jaffe: How did you get your voice training?  Were you talented as a child?

Gaddy: I’ve been singing all of my life.  In high school (Pittsburgh), I was selected to be part of the Centers for the Musically Talented, a pre-college music program that included music theory and private voice lessons. I have studied with vocal coaches on and off for years. I have also sung with professional choirs in Atlanta, Dallas, Los Angeles and Pittsburgh and for many years sang with Congregation Ahavath Achim’s choir during the high holidays.

Jaffe: Have you ever played any musical theatrical roles or performed off-Broadway?

Gaddy: I was a theater major in college and have worked professionally and semi-professionally off and on for years. I played Chava in a touring company of “Fiddler on the Roof” and Columbia in the national touring company of “The Rocky Horror Show.”  I have also been in productions of “Side by Side” by Sondheim, “Oh! Calcutta!” and “Nunsense.” And in the mid-70s to mid-80s, I did a lot of dinner theater and summer stock. I was also part of a touring theater company, The Iron Clad Agreement, that performed at the Edinburgh Festival in Scotland, and we were artists in residence at the Smithsonian. (I was also a featured zombie in “Dawn of the Dead.”) 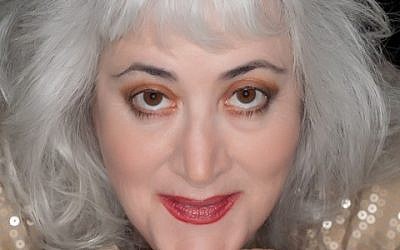 Jaffe: What do you find unique about Atlanta audiences?

Gaddy: Atlanta audiences don’t hold back.  They are responsive, interactive and really get into the performance.

Jaffe: What’s your ultimate professional goal at this stage in life?

Gaddy: I hope to spend the next 10 to 15 years performing, developing the cabaret act and taking it on the road.  I would love to spend 30 to 40 weeks each year doing the show and establishing myself as a sought-after singer and comedienne.  I am also now the same age as many of the “characters” I have played for so many years. With all of the TV and film work, and the plethora of great theatre happening here in Atlanta, I hope to work steadily as an entertainer and actress. 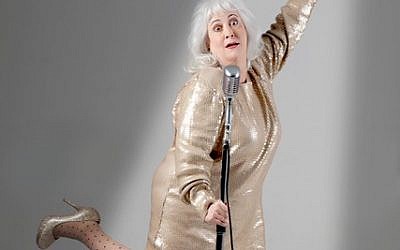 Jaffe: Leave us laughing: What do you think is your funniest schtick?

Gaddy: That’s hard for me to answer. The act is constantly evolving and we are always trying out new material and developing new schtick.  I do homage to the late, great comedienne, Totie Fields, with some really outrageous physical comedy bits.  That may be some of the funniest, but I will leave that for my audiences to decide.

Gaddy will appear with hometown favorite Jerry Farber in “Together Again For The First Time” Friday, August 3 at the Red Light Café. $20